This is the second post of a three-part series to bring you ways you can increase your discernment – Part One is here.  It’s an appendix in the book Another Jesus Calling by Warren B. Smith and I have supplemented it with my own opinion or from my experience – which you’ll find in italics.

5.  Do not seek signs and wonders and spiritual experiences.

In this passage, the Pharisee’s were harassing Jesus to prove over and over again that He was who He said He was.  He was done with their demands for a sign. In my experience, I’ve found it’s quite common to ask God for confirmation of something you believe He’s telling you.  If it is He who is doing the   telling, He will give the confirmation.  We are not to test God in anything other than tithing. Malachi 3:10 is the only place in the Bible where the Lord says we can test Him.

When we start asking God for signs, we run the risk of asking God to confirm what we want – to bless our will – rather than seek to do His will.  We can also develop a type of tunnel-vision by focusing on the “sign” that we become unable to even hear God’s voice in the matter.

I do believe that God still speaks in signs, wonders, and experiences to us – but not when we ask for them.  We need to keep our hearts open always to hear from Him.

6.  Do not get involved with undiscerning believers who are listening to and heeding deceptive spirits (or consulting with familiar spirits). 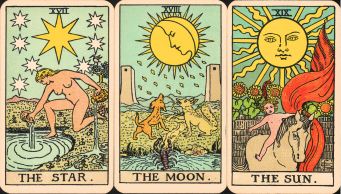 What can I say? If your best friend is the Long Island Medium, I’d say good-bye.  Lots of people dismiss the authenticity of mediums, psychics, and other seers but I can’t because by warning me away from them, my God tells me they exist.  I mentioned last week that I used to go to Psychic Fairs as a kid because they were fun.  Many of the “seers” there were just making stuff up, but on a couple of occasions, I could tell the person really had a gift.  Today, you would not catch me within a mile of such a place.  The temptation is always there but my God gives me the ability, through His Holy Spirit, to not succumb to the temptation.

In today’s society, if people you know are gravitating toward these types of spiritualists, do not consort with them.  You may have to break all ties, but Satan would like nothing better than for you to disobey God.  Your eternal home is on the line.

7.  If you’re confronted with a spiritual presence test the spirit and pray for wisdom and discernment from God. You may also, by faith, ask God to take the presence away if it’s not from Him because “greater is He that is within you, than he who is in the world.”

I love the Holy Spirit but, in general, I don’t like spirits.  I don’t believe there is any reason for a “good spirit” to be on earth.  I also don’t believe angels are spirits – they are angels – a separate entity altogether.  There have been many times when I’ve felt evil emanating from a person, and many times I’ve asked God to rebuke and remove the devil and his demons from my presence.  There have also been a few times when I’ve felt an angelic presence.

The latest was during a late night stop at my post office box.  The parking lot was empty but lights burned brilliantly inside.  I’d turned off my car and immediately felt a presence.  I actually looked up on the roof of the post office believing I’d see something but saw nothing.  Somehow I had the distinct impression that this was a protective angel.  Still in my car I peered out into the night realizing that there were many nooks and crannies in which someone could be lurking.  The ‘feeling’ of the presence hadn’t gone away and I checked the roof again.  I prayed quickly to God thanking Him for his protection and made my way quickly into the post office.  I didn’t linger there and walked as quickly back to my car.  The angelic presence was still palpable which interested me because I believed I was “safe” back in the confines of my locked car.  I started the engine and made my way back to the highway, and home.  The presence continued to stay with me for about five minutes of the drive and then abated.  I often wonder what he was guarding me against and why he stayed with me even after I left the Post Office.  I’ll never know, and that’s okay by me!

8.  Love the truth. Be valiant for the truth. The Bible warns of the consequences concerning those who do not have a love of the truth.  They can become deceived and fall away.

I believe this is what we’re seeing today.  It’s not that a Christian wakes up one morning and declares, “I’m no longer a lover of the truth.”  It’s the itching ears syndrome (2 Timothy 4:3).  They long to hear God but turn to other books and experiences instead of the Bible to hear Him speak.  Christian, please remember that the only truth is found in the Bible.  The Scriptures are your true North – nothing else.

I’ll be back on Monday with one last tip and to wrap up this series.  Thanks for hanging in there.  Have a wonderful weekend and please let me know if you’ve ever had to test the spirits!

In His Awesome Name,

Join the Party from FB

Join the Party from FB

I am currently using the Holman Christian Standard Bible (HCSB). Use of any other version will be marked as such.